Vitamin D has been known to medicine since 1913, when McCollum and colleagues discovered a “fat-soluble growth factor” in fish oil. Then this discovery became a panacea for the treatment of rickets. And today the vitamin is already listed as a “prohormone”, and its deficiency is associated with a high risk of infectious and inflammatory, allergic and autoimmune, cardiovascular and even oncological diseases. So what is the “right” way to test prohormone D levels? 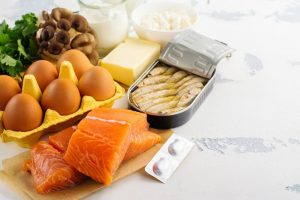 Vitamin D2, or ergocalciferol, is formed in plant cells, with which it then enters the body of animals. And the source of the D2-form is yeast, mushrooms, as well as fatty fish and dairy products (to a lesser extent).

And, it would seem, the prevalence of hypovitaminosis D has absolutely no reason, because all these products are freely available. However, in practice, everything is somewhat more complicated than it might seem, because in order to obtain a daily dose of the vitamin, you need to consume at least 600 grams of the same fish daily.

In addition, the vitamin is fat-soluble, therefore, its absorption is significantly impaired in the pathology of bile secretion or diseases of the gastrointestinal tract. The preparations based on “natural” vitamin D demonstrate rather low clinical efficacy.

Vitamin D3, or cholecalciferol, is a much more “acceptable” substance for the body.

It is produced in the skin from cholesterol under the influence of UV rays. However, there are also significant nuances here.

Firstly, the synthesis of the vitamin occurs only when exposed to sunlight of the B spectrum, the highest activity of which is observed during the “peak” hours of heat.

Being in the sun at this time is fraught with burns and sunstroke. And clothes and window glass do not let such rays through at all.

In addition, B rays penetrate much worse through swarthy and tanned skin, and the supply of vitamin even “after vacation” is enough for only 2-3 months.

Secondly, as already noted, the vitamin is synthesized from cholesterol, which, in turn, is formed in the liver. So “liver problems” of any nature also “replenish” the “risk group” for hypovitaminosis D.

How not to be mistaken with a choice
When deciding whether to take vitamin D or any fat-soluble vitamin, it is recommended that you first evaluate its concentration, which will allow you to:

avoid overdose, which is typical for fat-soluble vitamins and has serious consequences, since the vitamin exhibits hormone-like activity;
and also choose the required dosage
and track the effectiveness of treatment.
However, turning to the laboratory “by gravity”, most are faced with the problem of choice. Indeed, the list of analyzes for vitamin D “includes” at least 5 options.

It is a metabolite of the amount of the vitamin received from food and synthesized by the skin. And such an analysis is recommended for the initial assessment of the level of saturation of the body with vitamin.

Both one and the other “variety” are formed in the liver and are the transport form of the vitamin.

These metabolites are not active, however, their separate assessment is used to monitor the effectiveness of treatment, as well as when liver disease is suspected. 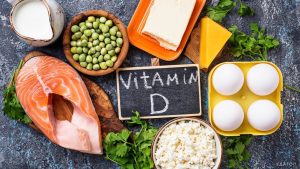 So, if you have already started taking vitamin D supplements, this format should be used as an analysis.

This short-lived form of vitamin D is formed in the kidneys from transport sources and is characterized by high biological activity (akin to hormones).

However, since this form is rather unstable and is 50% excreted from the blood after 4 hours, the analysis for 1,25-dihydrocholecalciferol is indicated only in the case of kidney disease, with suspicion of congenital disorders of calcium metabolism, and also with a weak response to treatment.

This form is also formed in the kidneys, but is used much less frequently for analysis. Most often, when there is suspicion of extrahepatic and extrarenal causes of impaired metabolism of vitamin D in the body.

The metabolite will tell you about the activity of the transformation of the vitamin and the rate of its destruction. And the purpose of such a study is shown only in conjunction with previous analyzes.

In addition, the 24,25-OH form is directly involved in the healing of fractures, so that its concentration analysis can also be used to diagnose the reasons for the low intensity of “bone recovery”.

Thus, the metabolism of vitamin D in the body is quite complex and depends on a number of factors.

And, for example, with a decrease in 25-OH-cholecalciferol https://en.wikipedia.org/wiki/Calcifediol, the level of its active 1.25-form can remain normal. And an increase in the same 25-OH-vitamin D3 may never lead to clinical improvement.

So, the analysis for vitamin D is best taken in a “complex” format, which allows not only to evaluate literally every stage of transformation, but also, if abnormalities are detected, to assess at what level (insufficient intake, transformation in the liver, kidneys, delivery to cells or excessive destruction) a failure has occurred.