It is somehow not customary to pay special attention to the kidneys, because they give “noticeable” failures quite rarely. However, latent renal disorders are of no less importance for general health, and can cause hypertension, protein deficiency, a decrease in erythrocytes and blood hemoglobin, as well as a slow “poisoning” of the body with the “waste” of protein metabolism.

Kidneys are not only about urine
Unpopular, but true – the kidneys, in addition to urinary function, play an important role in: 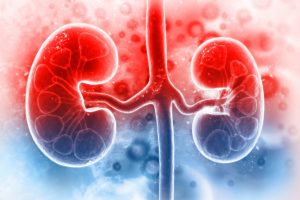 1. maintaining a normal level of erythrocytes in the blood, due to the synthesis of a special hormone “erythropoietin”, which stimulates the bone marrow to produce red blood cells;

2. regulation of calcium metabolism, due to the activation of the hormonal “nature” of vitamin D. In other words, it is in the kidneys, under the influence of parathyroid hormone, that vitamin D is converted into an active form – 1,25-dihydroxycholecalciferol (calcitriol), which has all the known effects of vitamin ;

3. control of blood pressure, due to the synthesis of renin, which activates blood angiotensin, which leads to vasoconstriction and an increase in blood pressure. And also the appearance of thirst, since antihyotensin also irritates the neurons of the thirst center in the brain.

So kidney pathology is a risk factor for violations not only of water-salt balance or the accumulation of nitrogenous toxins in the body, but also persistent anemia, hypertension and vitamin-D deficiency conditions.

How to check your kidneys
The first thing to think about in the context of the kidney is of course urinalysis. However, this article will focus on blood tests.

1. A general blood test with a leukocyte formula will help to assess abnormalities at the level of erythrocytes (to identify anemia), as well as to confirm the presence of an inflammatory process if we see an increased number of leukocytes in the analysis 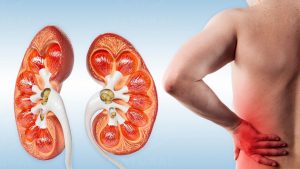 However, it should be remembered that all three substances are synthesized in the liver and are highly dependent on its condition.

And, in addition, creatinine is closely related to age, gender, muscle mass, degree of physical activity and dietary habits. And an increase in urea can occur with fever and increased activity of adrenal hormones.

Uric acid, among other things, also serves as a marker of gout – inflammation of the joints, the cause of which is the deposition of uric acid crystals in the joint fluid.

In general, the accumulation of nitrogenous toxins in the body is accompanied by weakness, headache and other signs of intoxication.

Reflects the degree of impairment of filtration in the kidneys https://en.wikipedia.org/wiki/Kidney, when the protein “leaves” in the urine from the blood.

A decrease in albumin in the bloodstream creates the prerequisites for the development of edema, and also disrupts the transfer of many biologically active substances.