It may seem “strange”, but a sore throat may indeed be the result of gastritis, or rather, gastroesophageal reflux disease (GERD). Pain in this case appears “by itself”, without other traditional signs of acute respiratory infections. And from rinsing, inhalation or taking antibiotics, obviously, it does not get better. So how not to confuse ARI and GERD? And what else does pathology threaten? 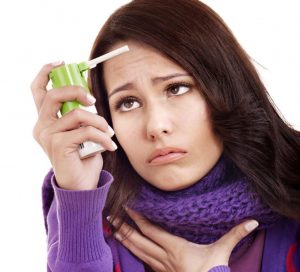 Gastroesophageal reflux disease is a chronic pathology with a recurrent course, characterized by periodic spontaneous reflux of gastric contents into the esophagus and larynx, and the development of lesions resembling chemical burns.

This reflux is felt like heartburn or a sour taste after “belching,” and is more likely to occur after eating, while sleeping, or when bending the torso forward.

Moreover, it also occurs in a healthy body, after eating. It is true only if it is not accompanied by unpleasant sensations and extraesophageal symptoms.

pain behind the sternum, radiating to the neck, lower jaw, interscapular region and the left half of the chest, which can mimic angina pectoris;
perspiration and sore throat, hoarseness, laryngitis;
as well as cough, shortness of breath and severe bronchospasm, reminiscent of those in asthma.
As you can see, GERD successfully disguises itself as several fundamentally different diseases, often leading clinicians to a false diagnostic and therapeutic path.

So, for example, “provocateurs” of coughing and suffocation are often looked for among allergens. Sternum pain leads to a cardiologist. And laryngitis is treated with antibiotics.

Such treatment, however, will not give any tangible results. After all, the true cause of the pathology lies in the excessive acidity of the stomach and insufficiency of the lower esophageal sphincter (the “flap” between the esophagus and the stomach).

How to check for GERD 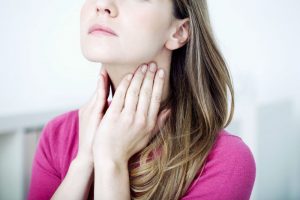 The classic method for detecting GERD is daily intraoesophageal pH-metry.

However, the method cannot be used in the screening format and for self-diagnosis, since it requires the installation of a nasopharyngeal probe and is associated with the patient’s psychological experiences.

Unfortunately, medicine does not yet know another reliable and non-invasive way to assess acidity in the esophagus. However, it is possible to indirectly assume GERD by the Gastrocomplex blood test.

The complex includes the definition:

Gastrina-17,
Pepsinogen (I, II and their ratios)
and antibodies to H. pylori,
which allows, with a high degree of efficiency, to identify the presence of hyperacid (with increased acidity) gastritis and Helicobacter pylori infection, which are the “basis” of GERD.

In addition, the analysis is widely used to identify atrophic gastritis https://en.wikipedia.org/wiki/Gastritis and the risk of “gastric” oncology.