Aching pain in the lower back is familiar to many firsthand. And, for the most part, this is the result of muscle overstrain. However, the same pain is a symptom of a much more serious problem, the “warming” ointment for which is already contraindicated.

Upwards
The lumbar region, as you know, corresponds to the projection of several organs at once, and the pain arising here can be the result of:

overexertion of muscles,
diseases of the spine and pelvic bones,

ovaries and uterus,
intestines,
kidneys.
At the same time, it is rather problematic to distinguish one pathology from another only by the nature of the pain. Therefore, the clinician’s attention is directed to the history, examination, and accompanying signs.

So, if the pain in the lower back was preceded by symptoms of cystitis, the kidneys immediately fall under suspicion.

The fact is that pyelonephritis (or bacterial inflammation of the kidneys), in most cases, is of an ascending nature. And it starts with the “classic” signs of a urinary infection:

increased urination
and false urges “to the toilet”,
soreness in the groin area
and / or when urinating,
burning sensation in the urethra
and a significant deterioration in overall well-being.
It is also noteworthy that such symptoms can be both bright and blurred, mild. Strongly depend on the individual characteristics of immunity. And they require examination even in case of minor “inconveniences”.

Without treatment, urinary infection quickly “moves” to the level of the kidneys, which provokes the appearance of dull, aching lower back pain, which can be easily confused, for example, with “sciatica”.

However, the latter is never accompanied by fever, whereas with pyelonephritis, the body temperature reaches 4 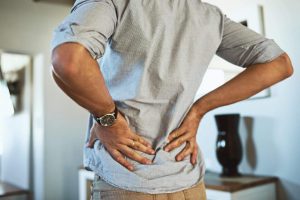 It is characteristic that this temperature rather weakly “reacts” to antipyretic drugs. And without antibiotics, the situation can end with sepsis, the formation of large purulent foci (carbuncle) and purulent fusion of the kidney, requiring surgical intervention. …

Who is at risk
The main culprits of pyelonephritis, as well as urinary infections in general, are bacteria:

Escherichia coli
Proteus,
staphylococcus aureus.
However, inflammation can also be caused by other types of bacteria, as well as by fungi of the genus Candida.

Therefore, a group of increased risk for pyelonephritis is made up of people with:

already existing chronic diseases of the urinary and reproductive systems (urethritis, cystitis, vaginitis and others), which serve as a source of infection;
diseases that provoke urinary stagnation:
urolithiasis disease,
BPH,
tumors of the bladder and uterus
and some others;
and reduced immunity (chronic stress, hypothermia, vitamin deficiency, postoperative period, and others).
And women are especially susceptible to pyelonephritis, due to the wide and short urethra, and children under 7 years of age. 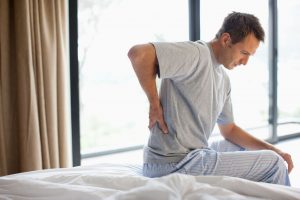 When the first symptoms of a urinary infection appear, it is necessary to pass:

complete blood count with leukocyte count (1.0.D2.202)
and general urinalysis (6.1.D1.401).
True, it is important to note that an increase in blood leukocytes, characteristic of all inflammatory processes, with pyelonephritis may not be.

Whereas in the urine, an increase in leukocytes, bacteria and nitrites is a mandatory sign.

However, a urinalysis can confirm but not indicate the level of spread of the urinary infection. And for this you should undergo an ultrasound of the kidneys.

A feature of pyelonephritis https://en.wikipedia.org/wiki/Pyelonephritis is often one-sided kidney damage, which can be seen from the results of ultrasound. True, here too, one should not be “deluded”, because in some cases the inflammation can be atypical, and then the kidneys may look “pretty decent” on ultrasound, despite all the signs of existing inflammation.